The Camping and Treehouse Site

This campsite lives and breaths unique and quirky experiences. Find out more about the couple that run it!

Tim and Eva own and run Blackberry Wood Farm, a camping and glamping site that also has unique and extraordinary treehouses as accommodation. Guests to their site are also able to stay in an old red bus, a kitted-out airstream or a helicopter!

They now live on the property and run their business, but they have never become complacent. The property is constantly being changed and upgraded with new fun and exciting places for guests to explore and sleep.

The business has been running successfully for many years now. If you’re thinking of buying a campsite, there is a lot that you can learn from Blackberry Wood. 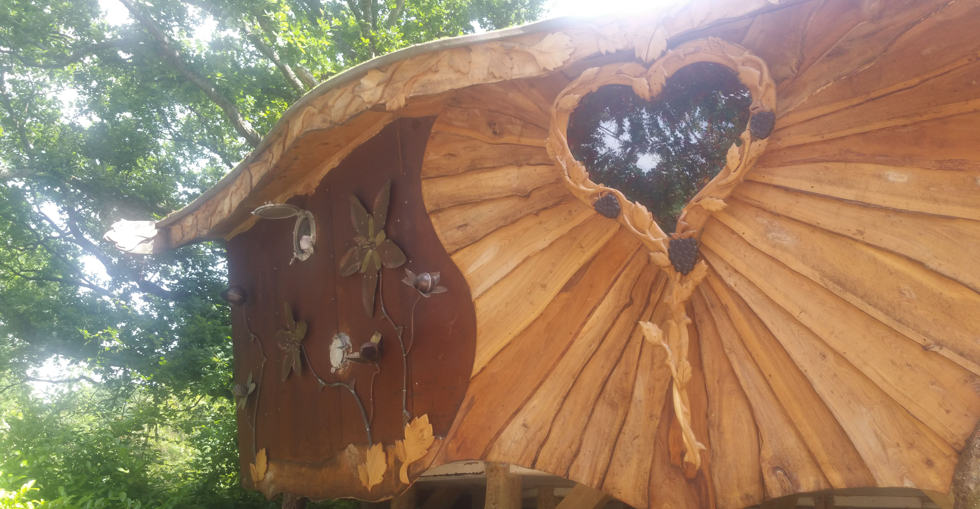 Finding a business to buy

When it came to finding the right business to buy, Tim an Eva experienced a series of very fortunate events. Tim explains, “We just happened to drive down the road one and saw through a hole in the hedges, some little caravans and thought 'oh that looks nice'.

“We managed to get hold of one of the caravans and used it as a little sort of weekend getaway and then eventually the people who had the site decided to retire and there was a danger that someone else would buy it and throw us off the site and get rid of all the old caravans.

“So, we ended up buying it and there was some nice bit of woodlands at the back where there had been a bit of camping happening but not much so we suddenly thought we can make that much better.” 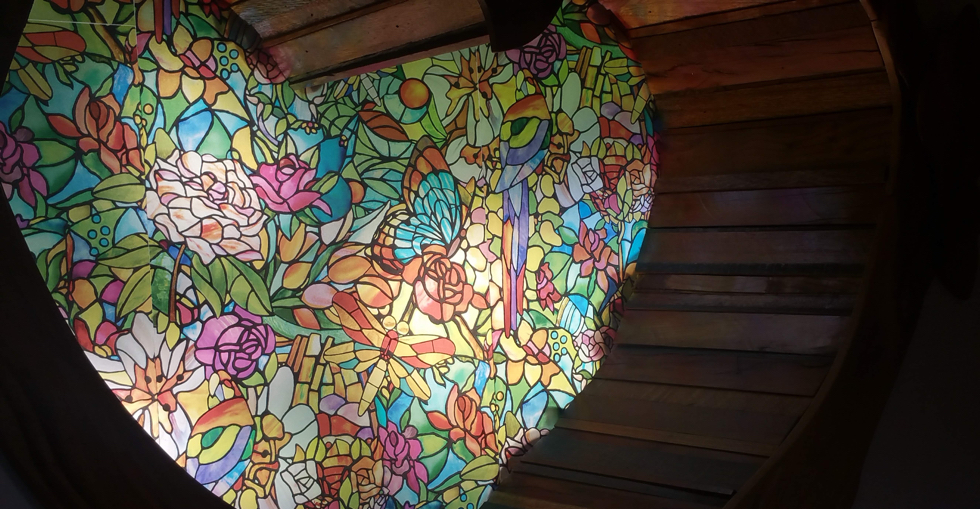 Having the right experience for running a hospitality business before you buy your own business can be extremely helpful in the success of the business. This was the case for Tim and Eva as Tim has been in the tourism industry for years before.

The area and type of property, however, dictated that a change in what was offered was necessary. According to Tim, “We were doing the opposite really, we just wanted peace and quiet and because the bird song and the sound of nature is so strong here so we just really wanted people to appreciate that.”

They were also at an advantage when it came to marketing their business. Tim explains, “I suppose we were really lucky because the internet age had come along and it was so easy to reach people. In the old days you would have to get yourself into a camping guidebook or something like that and then that would come out a year later. Luckily, though, someone actually wrote an article in the Guardian and that was really popular, and people still refer to it fourteen years or thirteen years later.”

Eva explains that word of mouth marketing was also responsible for their success in the early days of their business. It was the unique nature of their accommodation that really got people talking.

“But initially we didn’t do any advertising at all. We listed with one online directory and the first couple of seasons was just word of mouth. A lot of school gate chats in Brighton and so that was really nice that we came recommended that way.” 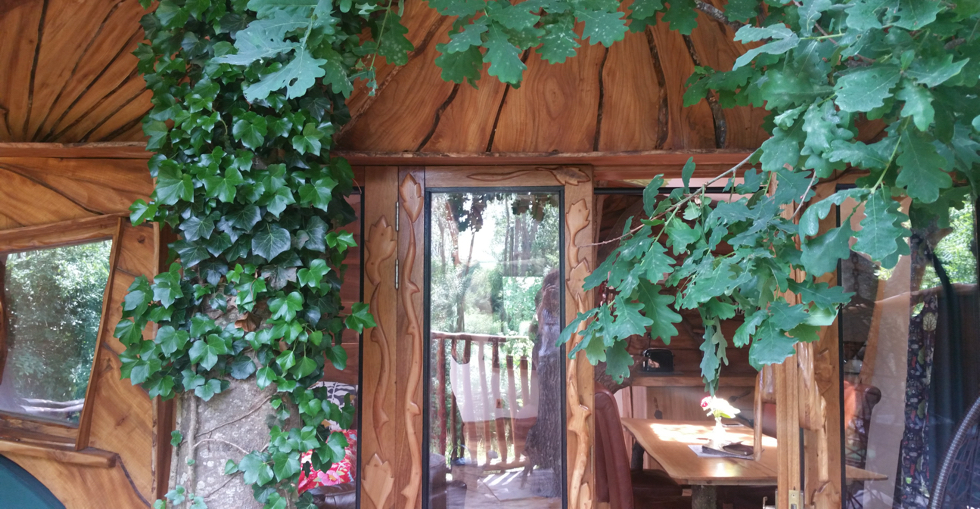 Tim continues, “Yeah, because it had already provided some kind of holiday accommodation, so it was easier to expand on that than if you were trying to do it from scratch. It would have been impossible I think in our location anyway.

According to Eva, “We do get quite a lot of emails from people who want to do something similar. I always say to them, if you can, find somewhere with some sort of licence already.” 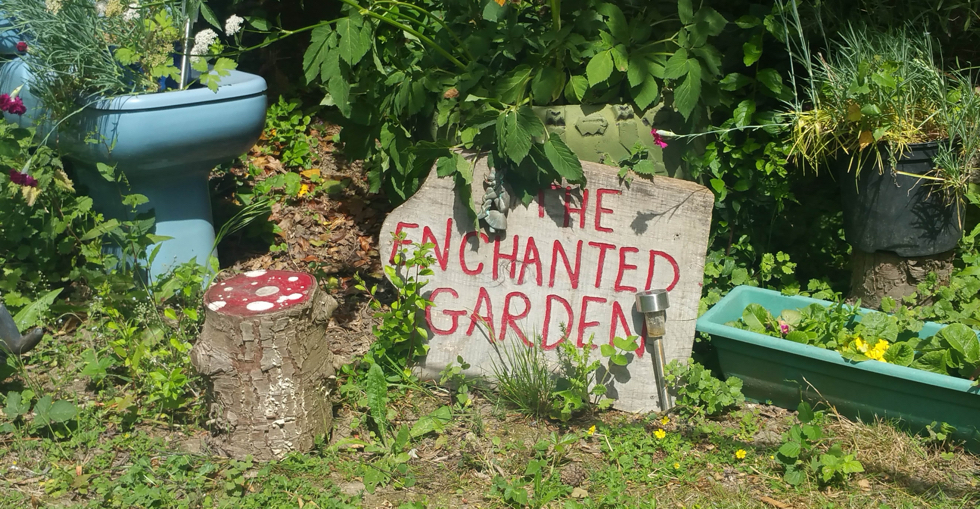 Find something you’re passionate about

For Tim and Eva, the business has been driven by passion rather than money. Tim says, “Yeah the treehouses, once we started building them we realised it was going to be like any of these grand design programmes where you were going to be spending five times or more what you originally budgeted and it was going to take three times as long. But we just realised we were very lucky to have got permission in such an amazing place so we really had to make the most of it. So, it was a real sort of legacy thing really.”

Eva adds, “I think the changes we have made have not been financially driven. Its more about, 'well, [Tim] needs a new challenge. He needs something creative.’”

Living where you work

When it comes to a business like this one, there are pros and cons to living on site. Tim explains, “We live on-site and so that’s good because it means you can really control the quality of the product but it means that whenever you wake up you look out the window and say 'oh no I’ve got to go and do that'.

“And then you walk around, and you think 'oh no that’s broken or that’s got to be better or that’s got to be fixed.' And so, it means that you’re always on duty really and so I think that’s quite hard sometimes. It’s the downside of a lifestyle business, I think.

“So, you can pick and choose your times when you can go and do nothing, but it means you end up doing a lot of stuff when you don’t necessarily want to be doing it.”

It’s not all roses

Even though from the outside, living and working in the countryside surrounded by nature sounds idyllic, it’s not without its problems. “Generally, you get a lot of retired people who move to the countryside and they don’t want any traffic they don’t want any business happening around them at all and so straight away you’re going to be in conflict with those people,” says Tim. “So, you’re always going to have a massive battle the neighbours really.”

Running the site is not always smooth sailing and there are often things that go wrong that need to be addressed. Being able to do it all themselves has made this easier.

According to Eva, “Luckily [Tim’s] very handy with things because there’s always plumbing and sewage and everything [that needs to be fixed]. There is always something and if you had to hire in help every time you needed something fixed [it would be expensive] to do that. Plus, a lot of it is emergency repairs. And then, of course, I'm amazing at all the other things!”

How to Sell a Campsite
Camping is on the rise! Find out how to take advantage of this when selling your business.