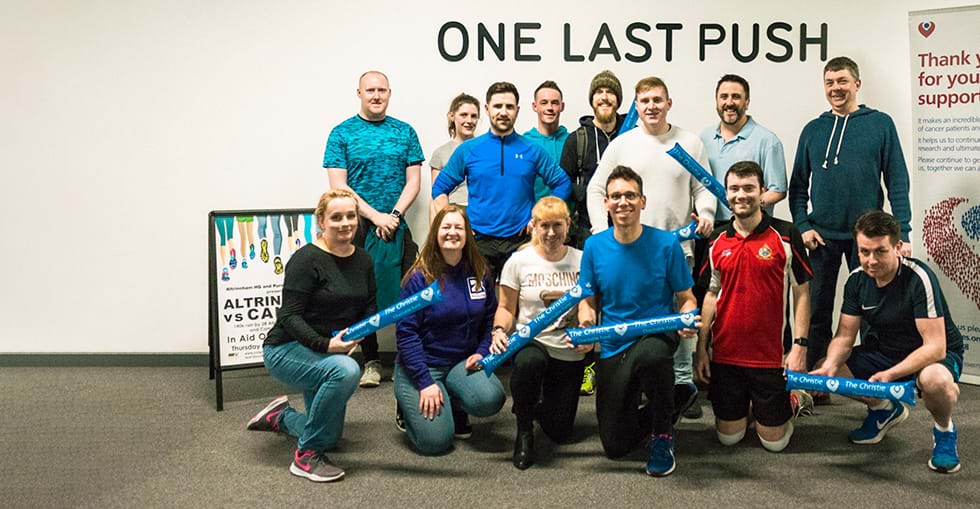 The Small Business that Races for Lives

From connecting the community to raising funds, meet our Small Business Big Heart Finalist that races for lives.

Back in 2009 Altrincham-based tech enthusiast Alex McCann simply wanted to connect the people in his community the best way he knew how – through social media. So he set up a simple social media account to connect the locals and communicate what was going on in the area. Within a year the local demand for social media training was so great amongst local organisations that it had evolved to a fully-fledged business which Alex called Altrincham HQ.

Today Altrincham HQ trains individuals and organisations across the UK on best practise use of Social Media and manages social media campaigns for small businesses, many of which are local. But with goodwill embedded in the CPU of the business Alex has always been keen to help others as much as he has wanted to succeed in business.

For the past five years Altrincham HQ has arranged an event called Altrincham VS Cancer for the world-famous Christie Hospital in Manchester, one of the largest cancer treatment centres in Europe. True to his tech core Alex based the target for the run on Twitter's original character limit. He explains, “There were 140 characters allowed in a tweet so with 28 runners running 5k collectively they’d cover 140k.”

Naturally the fundraising collection mechanism is online and Alex is proud to report that Altrincham vs Cancer has always been in the top 3% of justgiving fundraisers. In the first four years the event raised £10,000 for The Christie and this year a further £2,500 was generated. Another example of technology being put to good use.

Alex says, “When you have a large following on Social Media it's your duty to use it for good and that's exactly what we do with Altrincham VS Cancer, which we run in collaboration with Pure Gym Altrincham. We wanted to organise an annual event that encouraged people to be healthier, meet other businesses in the community and to raise as much money as possible for The Christie.”

"The Christie is a charity that is close to my heart. A close friend of mine sadly lost both his parents to cancer and as a friend you feel totally lost as to what to say. The Christie had supported his family so much. Their research is critical and it's a charity in Manchester that helps many. They treat more than 44,000 patients a year - that's more than the population of my home town.”

Alongside the fantastic fundraising of the event it also serves as a fantastic, real-world, social network which gets the people of Altrincham physically together, as well as physically tired every year. Alex says, “The whole Altrincham community come together to remember loved ones and do their bit to help kick cancer. My hope is that other towns take the baton with what we do and run events such as this in their home towns”

And if they do, much like Twitter’s character allowance, there will be an increase that will be welcomed by all.