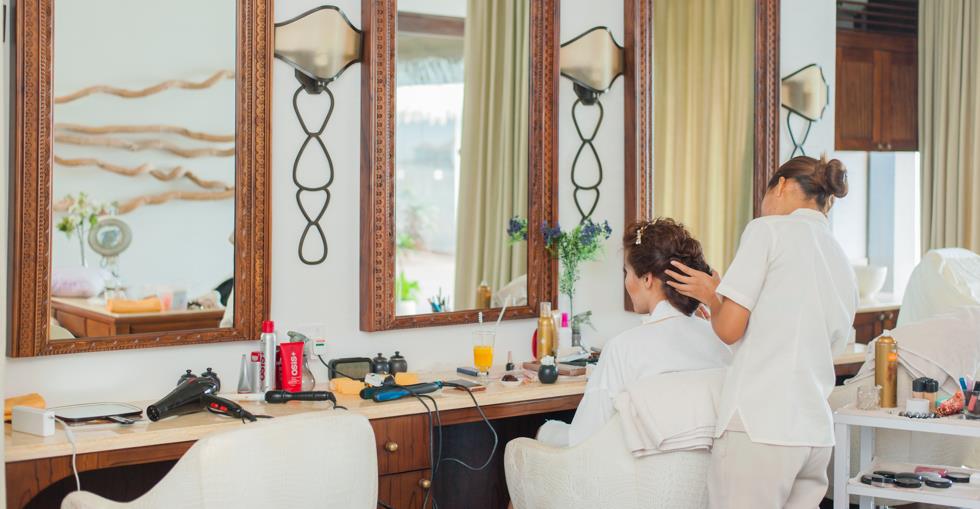 Tracey thought running a business would ultimately be more lucrative than employment.

Tracey decided to buy a business to supplement her income, ultimately, perhaps, to replace her main income given the stressful nature of her job.

She thinks the hair salon she bought in December 2007 could ultimately serve as a retirement fund, if and when she resigns from her role as the head of a local council department.

With no hairdressing experience herself, it's clear she bought Hair Line - which she renamed Turning Heads - as an investment rather than an enterprise she would run day .

She left the existing manager in place and continues to work full-time, although her ultimate aim is to quit and live off her investment.

So why did she choose to buy a hair salon?

"I was looking for something that was a complete contrast to my work," she explains, "because most people who do my kind of work go in via consultancy or training.

"So I decided to do something a bit girly. It was between that and an up-and-running beauty salon."

The extra costs concomitant with not taking a hands-on role were uppermost in Tracey's mind when she was searching for a business.

"I had looked at about five, which were all in the same sort of field: beauty and hair. Some weren't in the right area and some weren't turning over enough.

"Because I'm not working in it and I have to pay a manager it's got to turn over a reasonable amount."

The business she plumped for offered a magic combination of pedigree and potential.

"It's in quite an affluent area, it's been going for about 40 years, it was turning over a reasonable amount and it had the potential to do more."

Tracey bought the salon from an experienced entrepreneur who had decided to reduce his commitments as he entered his twilight years.

Because he still owns the building (as well as a barber's shop upstairs) she has to pay him rent.

Necessity being the mother of invention, this extra financial burden drives Tracey to look for ways to improve the business's performance.

"I don't take anything from it at the moment; I'm putting it all back in.

"It's probably got the capacity to do a quarter to a third better than it is doing.

"The previous owner was retiring and not really interested in generating any more revenue. But he didn't have to pay rent; I'm having to pay £15.5k."

As a novice in the industry, Tracey leaves the salon's manager of five years "to do the technical stuff". But she has on her considerable management experience to streamline other areas of the business.

"In the last six months I've changed its name, changed the décor a bit, done some advertising, given the staff uniforms, ordered things in ways which make more business sense - because although I haven't run a business before, I have been managing big budgets for a long time.

"And then at I do the filing and invoicing and so on. At the moment I've got an accountant who does the wages because I haven't got the experience or the time."

"But in terms of the day-to-day running, I don't step on the manager's toes really."

Despite working full-time, Tracey still finds time to visit the salon about three times a week to see how things are going.

She was just as circumspect about getting an assessment at close quarters of its performance before the purchase.

"I sent friends and family in at different times of the week," she says. "On a Saturday when it's busiest, on a Monday when it's going to be quieter, and on a late night, which is a Thursday."

Above all, she wanted her 'secret shoppers' to assess the attitude and aptitude of the staff.

"I've managed hundreds of people and they can make or break you," she says.

The team, and in particular, the owner, had been there for a long time, marking this out as a salon with stability and continuity.

On the other hand, Tracey was concerned about a sudden change in owners would play with the tight-knit team in place.

"The previous owner had been there for about 25-30 years and the majority of the team for about four to six - which is unusual in hairdressing as far as I understand because the turnover's really high due to poor salaries.

"The bad thing is that people are used to somebody and it's about how they're going to react to somebody new - so I wanted somebody to get a feel of what the staff were like."

Tracey almost missed out on the salon. Her interest in the business solidified during a two-week holiday, but when she returned someone else had already made an offer.

"I thought I'd missed it," she recalls. "But the Business Partnership [the agents she used] said 'come and have a look anyway because you never know what's going to happen.'

"So I had a look and met the owners, and we got on really well. I think he liked me.

"I think him and his wife were looking for someone who was going to love their business, nurture it - because I think it was difficult to let it go.

"I think for him it wasn't just about selling the business; it's about selling your life when you've been doing it for 30 years."

"I buy properties and do them up and sell them, so I know you don't go in at what they're asking for anyway.

She eventually got it down to £70,000 because the stock was overpriced.

Even if she wanted to quit her job straightaway, Tracey wouldn't be able to live the salon's profits. It will be some time before Turning Heads can alone support her.

"You're looking at a few years," she says. "I kind of had a five-year plan really.

"All I know is that I don't want to be doing my job it is very stressful and I've done it for 20 years already."

Before she embarked on her search for a business Tracey sought advice from friends who owned one themselves and an accountant friend. She read books and found information on the internet.

She also appointed a solicitor, from the firm Cleggs, with expertise in buying businesses. They were "really helpful", she says, as were the Business Partnership, despite the fact that they represented the seller as well.

She advises potential buyers to follow her lead: to acquire their own knowledge, but also to leverage the knowledge of professionals with the appropriate experience and expertise.

"If you're someone with limited experience like me, you need to do lots and lots of reading, lots of speaking to people and you must get a good solicitor.

"I consider myself to relatively bright, but there are so many real subtleties that if you've not got experience in that field you could really get stuck without a solicitor. Especially for me, because I was not only buying a business, I was entering into a 15-year lease arrangement, which brings other stuff with it.

"It's alright saying you're getting a bargain or it's turning over so much, but it's not as simple as that. You could end up in dangerous territory if you get it wrong."

Adam Bannister writes for all titles in the Dynamis stable including BusinessesForSale.com, FranchiseSales.com and PropertySales.com as well as other industry publications.

How to Run a Barber Shop
You’ll need to think of your customers if you want to keep them coming back.

How to Sell a Barbers
Now is the perfect time to put your barbershop on the market!

How to Buy a Barbers
Barbers are back in fashion. Read more about how to buy one!