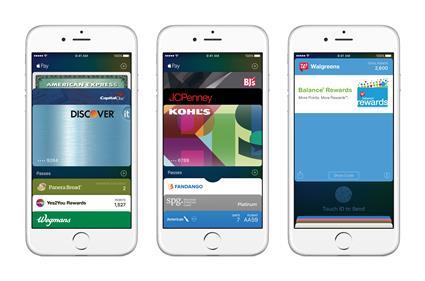 When it launched in July, approximately 250,000 UK retailers and banks signed up to the newest payment option, Apple Pay. The hype surrounding it was immense, however its impact on small and independent businesses was somewhat side-lined.

The innovative new service enables the user to pay by holiding their phone near the contactless reader and placing their finger on the Touch ID.

For Apple watch users it’s as simple as double clicking the side button and making a payment from their wrist, while shopping within phone apps can be done at the touch of a finger.

“We’re thrilled to bring Apple Pay to the UK with support at launch from the most popular banks, an incredible roster of merchants and many of our users’ favourite apps.”

However, it has recently been criticised for ignoring small business needs by failing to tell them how they can use this latest technology to drive growth.

While there are great opportunities to increase their revenue from mobile shopping, it ‘doesn’t lie completely in the Apple basket’ according to Henry Morland for the Guardian.

US consultancy company Gallup researched how the service faired in the US after ten months. Their research found that ‘iPhone represents just half (48%) of the smartphone market’ and that only ‘21% of iPhone 6 users, used their devices to pay’ for purchases.

Furthermore ‘60% forgot about it after they used it for the first time’, according to research conducted by Pymts.com.

Despite this, the service is predicted to be more of a success in the UK. More advanced in near field communication (NFC), contactless payment has taken the UK by storm and most places now accept it.

There has also been a discrepancy between online and offline sales, and between software and hardware. Independent retail portals like Shopify have software that allows them to process Apple Pay sales, but the credit card readers that they supply to stores don’t currently accept the payment method.

The spending cap has also been scrutinised. Like the majority of contactless cards, there is a cap of £20 (set to increase to £30 in September) which may deter some customers, which in turn may stop retailers from adopting the technology.

In order to accept higher payments the retailers will have to invest in Consumer Device Cardholder Verification Method (CDCVM) technology; an added security measure for mobile transactions which removes the retailer’s liability for fraud.

Morland emphasises that with these combined challenges ‘independent retailers should focus less on supporting Apple Pay and more on their overall mobile strategy’, prioritising mobile optimisation before jumping on the Apple Pay bandwagon.:

‘With global mobile commerce predicted to reach $298bn (£191bn) next year – and more than doubling to $626bn by 2018 – the key challenge for retailers is ensuring the shopping experience they’re offering is designed with mobile phone users in mind’.