Poldark power: from TV to tourism 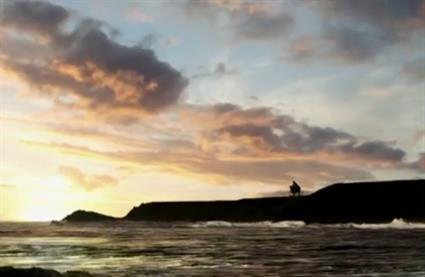 The rugged beauty of the Cornish coast, seen in the opening credits of the BBC’s latest remake 'Poldark', is quite simply breathtaking, so it's little wonder that tourist businesses in the area are a little busier of late.

Sunlight streams through craggy rocks as waves crash against the cliffs before a wide angle lens captures the sea, calm again and mirroring the pink sunset. Cornwall’s tourist board must be thrilled: such cinematography and marketing would usually cost hundreds of thousands.

‘Filming can bring a huge amount of money into a region,’ Kaye Elliott, Head of Production Services at Creative England, says.

‘When a production like Poldark comes to town, they can spend up to £32,000 per day in the region, on things like hotels, food, transport and hiring local crew. Over the last year, filming has brought £11million of inward investment from on location spend into the South West – and that’s before you consider the impact of tourists visiting their favourite film locations.’

The 18th Century period drama follows the trials of Captain Ross Poldark (Aidan Turner), an honourable man who returns to Cornwall having fought in the American War of Independence. After discovering that his childhood sweetheart is betrothed to his cousin, he throws himself into trying to restore his family name and fortune by re-opening the copper mine on his land to provide work for the local ‘commoners.’

The Visit Cornwall website isn’t letting any of the extra publicity go to waste. It is currently promoting a competition to ‘win a Poldark inspired holiday,’ alongside similarly inspired articles. In their latest press release, they also promoted a Poldark trail and a Poldark Country Kayak Adventure.

It seems as though Poldark may be to Cornwall what Broadchurch has been to Dorset. The ITV drama, starring David Tennant and Olivia Coleman, proved a huge hit and subsequently created the so-called ‘Broadchurch Effect’. Research carried out by Hotels.com earlier this year revealed that since the first airing of the second series of the drama, searches for hotels in Dorset and Somerset were up by 200 per cent.

And the wildly successful Downton Abbey has also had a positive effect on tourism for the British countryside. High acclaim from across the pond has fuelled interest in rural holiday locations in the UK.

After the second series of the Edwardian drama, Meredith Pearson, a spokesperson for Visit Britain, claimed that it was an exciting time for tourism:

‘'Downton Abbey' is really showcasing the beauty of our countryside and quaint villages and all of the manor houses across the country. ... We had no idea that it would take on a life of its own. It's just become so popular.’

Highclere Castle, the main backdrop of Downton and located in Hampshire, has also revelled in the success of the TV show which, in 2012, resulted in up to 1,200 visitors a day during the summer.

Evidently, successful British TV dramas have a hugely positive effect on both international and ‘staycation’ tourism.

Malcom Bell, Head of Visit Cornwall, agrees. ‘Primetime coverage… can have substantial impact on a destination. You’ve only got to look at the Rosamunde Pilcher adaptations which can be credited with much of Cornwall’s popularity among German visitors, or Doc Martin’s phenomenal success in Australia and New Zealand, to see how far reaching the impact can be.’

He also claims that the potential longevity of Poldark could provide long-term positives for the Cornish tourist industry.

‘If the initial reviews are anything to go by Poldark looks set to be a massive hit and with 12 novels in the Poldark series there is potential for it to run and run,’ he says.

‘The opportunity is there to be seized and I look forward to working with the tourism industry to turn the success of the production into a success for Cornwall.’


If you enjoyed this article, sign up for a *free* BusinessesForSale.com account to receive the latest business advice, features, videos and listings directly to your inbox!