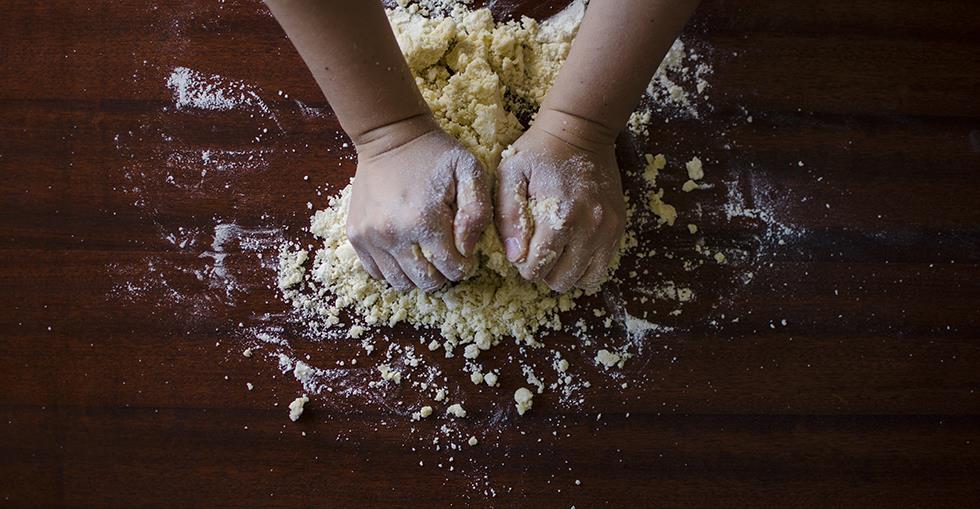 Running a bakery: meet the owners of Yosi’s Bagels

The Great British Bake Off’s success has sparked a renaissance in home baking – but what does it take to turn this hobby into a thriving business?

Fuelled by the incredible popularity of the Great British Bake Off, more and more Brits are trying their hand at making cakes and other desserts.

The BAFTA award-winning show has arguably also made the consumer more discerning, which bodes well for accomplished amateur bakers wishing to turn their hobby into a viable business.

The rise of the home baker

Traditionally, Christmas, Easter and Pancake Day led the way in the culinary calendar, but it seems that the annual Great British Bake Off series has become a marketing opportunity for bakeries too.

However, the industry’s success can be attributed to something other than just television trends. Sales of bakery goods have actually been on a steady rise for nearly a decade. During the economic downturn, many households sought low-cost luxuries and, according to Market researcher IRi, sales of baking products have risen 62% since 2007.

But if consumers spent more on baking products as a whole during the Great Recession, they actually spent less on pre-made cakes and pastries in favour of buying the ingredients to do the baking themselves.

Bringing in the dough

But don’t let that deter you from buying a bakery. As the economy has improved, spending on homemade, artisanal products has risen faster than spending on mass-manufactured supermarket favourites. The Office for National Statistics (ONS) reported that the number of independent bakeries grew by 5% between 2011 and 2012 alone.

The Federation of Bakers reports that the UK bakery market is worth a whopping “£3.5 billion and is one of the largest markets in the food industry”, selling “almost 11 million loaves” of bread every single day.

So you could say that Britain baked its way out of financial turmoil. Vogue magazine even dubbed it “the career fantasy of our times”.

But how easy is it to turn this culinary passion into a profitable business? We put this question to Bharat and Dipti Patel of Yosi’s Bagels, a high-street bakery in Barkingside, Ilford.

Baking runs in the Patel family. Bharat worked as a baker in the 1970s and Dipti worked at Yosi’s Bagels under previous ownership. When the previous owner decided to sell the Patels jumped at the opportunity – and they have now owned the business for 16 years.

As for why they became bakers: “I have a sweet tooth” and “we are a family of food lovers”, explained Bharat.

However, they have also dipped their toes into other business endeavours. Dipti previously worked in beauty therapy, while her husband started a stationery business then bought a newsagents – but his heart has always been in baking.

As a bakery it is important to differentiate yourself. If you specialise in vegan, gluten-free or organic goods then tell people about it.

With competition from the supermarket giants it may be difficult to compete on price – but you can certainly compete on quality.

“In the pastry section you have to be the best, otherwise people won’t pay the money they are paying,” Bharat tells us while making their shop’s famous apple slice. “A slice of this in supermarkets is about 30p, but we charge £1.20 – that’s the difference. But we still make it every week, sometimes twice a week, and sell out.

“It is tough, but people who want to eat quality food will always come to you. Making good quality goods – that’s the bottom line.”

For the best bakers, innovation sits at the heart of the business and is just one of the ways they can stand out from the competition. The Patels tell us they are always trying out new recipes – but whether they work is another matter.

“Some have failed but failures and business go hand in hand. You learn from them,” Dipti tells us, and as any baker – professional or amateur – knows, it always takes a few attempts to get the perfect bake.

On running a family business

Accounting for approximately two thirds of all small businesses, family-run enterprises are undoubtedly an important part of the UK economy.

Bharat has worked with his family his entire life. “My wife and I have been working together for the last 30 years, but not always in the same trade,” says Bharat. “I’ve changed trades several times since we’ve been married.”

Running a family business can be hard work, Dipti confesses. “We do have arguments and ups and downs but you enjoy it at the same time.

“It’s good to work with your own family. Each of you has your own way of doing things, but you have to make compromises otherwise it won’t work.”

Bharat’s advice to the aspiring baker: “If you are not passionate about baking I would not advise you to buy a bakery.

‘Hiring staff is really tough at the moment – especially on the pastry side, it’s very difficult. For bread you’ll get plenty of bakers but not for pastry… pastry is a passion.”

He also warns that it is incredibly hard work, and the hours are 70-80 hours a week average,” so you have to be prepared to put in the time and effort.

Dipti agrees that “it’s very hard but it’s our passion, we enjoy it and that’s the reason we do it – we wouldn’t otherwise.”

How to Sell a Bakery
Read this to make selling your bakery easy as pie!

How to Buy a Bakery
Read this to help you rise to the challenge of buying a bakery!

Sector Spotlight: Bakery
Read on for an overview of the business opportunities in the booming bakery industry in the UK.