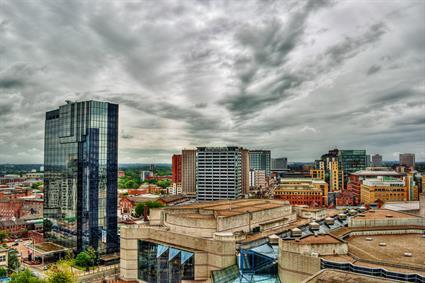 New research has revealed that SMEs in the North have been subject to twice as many overdraft cuts as their counterparts in London over the past two years.

A report published by business finance experts, Funding Options, revealed that of the £5 million a day cut from SME overdrafts, Northern business has been disproportionately affected.

The figures show that while 55 percent of SMEs in the north have had their bank overdrafts reduced or withdrawn altogether, only 25 percent of the capital’s businesses have suffered the same fate.

Funding Options also report that, according to high street bank statistics, economic growth in the North–West and North-East currently sits at 2.6 percent and 2.4 percent respectively. London’s financial growth is considerably higher at an annual 3.3 percent.

The findings suggest a bias against Northern businesses that is creating a ‘hidden credit crunch’.

‘Reductions in small business overdrafts are cutting the fuel for the Northern Powerhouse.’

He also stated that:

‘As the banks have been forced to reduce their exposure to small business lending, they have focused on overdrafts as a risk that can be eliminated with relative ease, and at short notice.’

This move has prompted an increased use of alternative finance, including invoice finance, asset finance, bridging loans and peer-to-peer lending.

And the government’s alternative finance referral scheme (expected to launch in early 2016) - which will require banks to refer SMEs they turn down for finance to alternative platforms - will only boost this trend.

Mr Ford sums up the future for business financing - not just in the North, but throughout the UK:

‘We’re now approaching the end of the business overdraft as a tool for working capital’.