Increase in contactless payment limit after spending jumps to £2.5bn 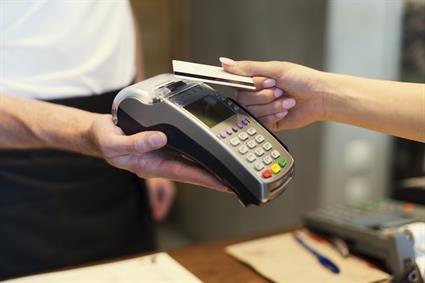 From today, shoppers across the UK can spend up to £30 on their contactless cards after a recent limit increase.

Contactless payment has become a mainstream payment option and with recent developments, near field communication (NFC) has been adjusted to accept payments from mobile devices and wearable technology.

Alongside the debut of Apple Pay, contactless card payments have grown dramatically in the past six months.

Up 98% from January to June, figures from The UK Cards Association show a surge in contactless payments with a rise in spending to £2.5 billion in the first six months of 2015.

Introduced in 2007, the use of contactless technology has taken the UK by storm, used by many in shops, restaurants and bars, it has soared in popularity from when the original limit was £10.

According to Worldpay transactional data from Jan 2012 to August 2014, 60% of contactless payments were processed at supermarkets, 51% in retail and 48% in pubs and restaurants, making it a great time for smaller businesses to get involved.

A total of £2.5 billion has been spent on contactless cards and devices in the first half of this year, compared with £2.32 billion for the whole of 2014. Data from trade body The UK Cards Association shows that spending has almost doubled from £287 million per month in January to £567 million in June.

‘The growth in contactless payments shows people want to use contactless cards, and increasing the limit gives customers even more opportunities to pay in this way’

There are now over 69 million cards in circulation, with over 9.3 million contactless cards issued between January and June this year. Kevin Jenkins managing director for UK and Ireland for Visa Europe said:

‘Contactless is becoming the new normal as everyday Britons embrace the speed, convenience and safety of touch-to-pay technology. We’ve seen unprecedented growth in this area with the number of visa contactless transactions trebling in the past year in the UK’

CEO of ShopKeep, Jason Richelson believes that the new spending limit increase will spur a change in consumer behaviour, in turn impacting SMEs and encouraging them to change. He told Bdaily:

‘Cash transactions are on the decline, now accounting for less than 50% of overall payments. Plastic is surpassing paper.

‘This will only become more prevalent and SMEs have to adapt. Consumers want to make purchasers quickly, easily and securely and are looking towards contactless payments. This should be viewed as an opportunity for small businesses, not a hindrance.

‘While adopting the very latest electronic payment systems might have been seen as a luxury, recent developments have rendered them not only a valuable tool for all customer facing businesses, but integral to the success of the forward-thinking SME.

‘It’s crucial that small business owners have a strategy in place that will allow them to effectively adapt to this change in spending habits. If this is not done, SMEs will find themselves struggling to keep up with changing consumer habits and left behind. Contactless is here to stay.’