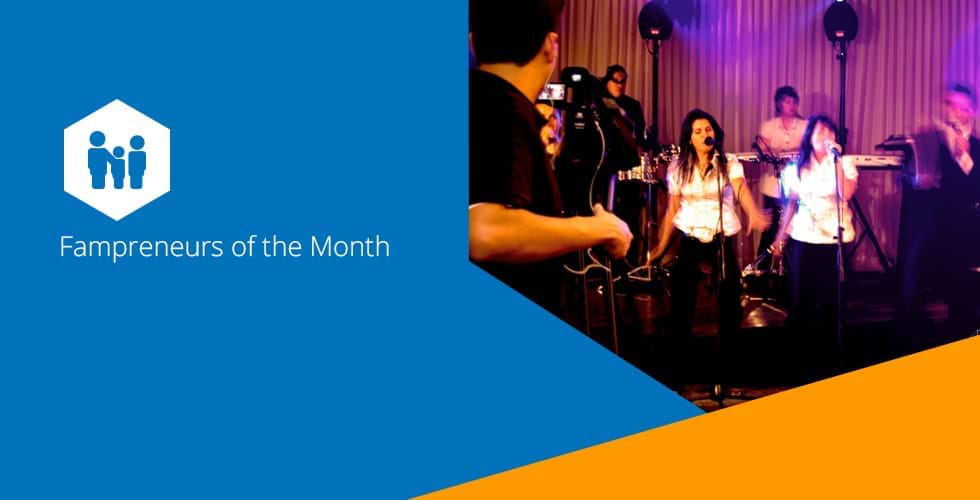 Video killed the career
– and gave birth to a family business

When husband and wife team Victor and Karina Castejon had their second child, they soon realised their demanding jobs were no longer sustainable. Both worked long hours – Victor as a sound engineer, Karina as an architectural design consultant.

Unable to do the school run and see enough of their children, they decided to create a business that would provide that all-important work-life balance.

During his 15-year career in the media industry, Victor became a highly skilled video editor with a passion for creating engaging video content – and this sowed the seeds for the couple’s joint enterprise.

After running his own video production studio in the couple’s native Venezuela for eight years, Victor relocated with his wife to London to finish his masters in audio engineering.

In 2011, right after graduation, Victor began to exploit the social media video boom. Initially offering premium-quality video content to friends for private events and parties, as demand grew he began working with local small businesses who wanted to use video as a promotional tool.

The business model held up, so in 2014 they became fampreneurs and set up The Quick Brown Fox Video Production, which harnessed Victor’s creative skills and Karina’s flair for project management.

They also decided on a clear target market: family-friendly businesses keen to build their social media profile through video.

“YouTube is a formidable force for many businesses, but just because you have a smartphone it doesn’t mean you can create effective video content,” Victor says. “We realised there was a huge opportunity for smaller businesses who wanted to find a way to create great quality films that would communicate their offering and ethos to existing and potential customers.”

“That was a massive achievement for us,” Karina says. “We were profiled on the Small Business Saturday campaign and attended a high profile dinner.

“This year we are small-business champions for the campaign. It’s great being able to help and support other small businesses through the year.”

The business has also encountered obstacles. “Simply successfully managing our time is probably the toughest challenge we face as a family-run business,” Victor says.

“Having young children means we have to carefully divide our time between caring for the girls and being productive for the business, all while providing our customers with great service.”

The children are even the stars of the show on occasion, with eldest daughter Miranda making regular appearances in the company’s craft and experiments video tutorials: short clips designed to encourage parents and children to spend more time together and away from screens.

“Our daughters are definitely our inspiration and driving force,” Karina says. “The arrival of our second daughter, Lara, truly made us open our mindset to find an alternative, flexible work schedule.

“We take work with us wherever we go. But we don’t see this as a nuisance – quite the opposite.

“We look forward to developing our business further. We’re lucky to have found a niche and to be doing what we love.”

And that passion, energy and commitment is bearing fruit not only in terms of a growing client list, but also a rising number of YouTube subscribers, which reached 500 recently just two years after the company’s launch.

Mindful of the rapid pace of technological change, the couple are already thinking about how to exploit new trends. The Quick Brown Fox Video Production now also runs workshops for businesses who want to direct and produce their own films.

“Technology gets simpler, more effective and more affordable with each day and we believe the future of video is in it being accessible for everybody,” Victor explains. “Much of our current growth is due to a high demand for training workshops from small-business owners.

“We will continue to develop our workshops as well as work on longer seminars to educate and support those wanting to film and edit great video content for their businesses themselves.”

In their role as small-business champions, both Victor and Karina would encourage anyone considering setting up shop to take the gamble.

“Life is like a movie made of tiny little moments constantly zooming in front of our eyes. In a few years’ time children will mostly remember the experiences shared together rather than the things they had or did not have.

“Remember that life goes in a blink. There is no such thing as the perfect time to do this or that. Your time is now. If you have a passion, go for it – there's no time to waste, future fampreneurs!”