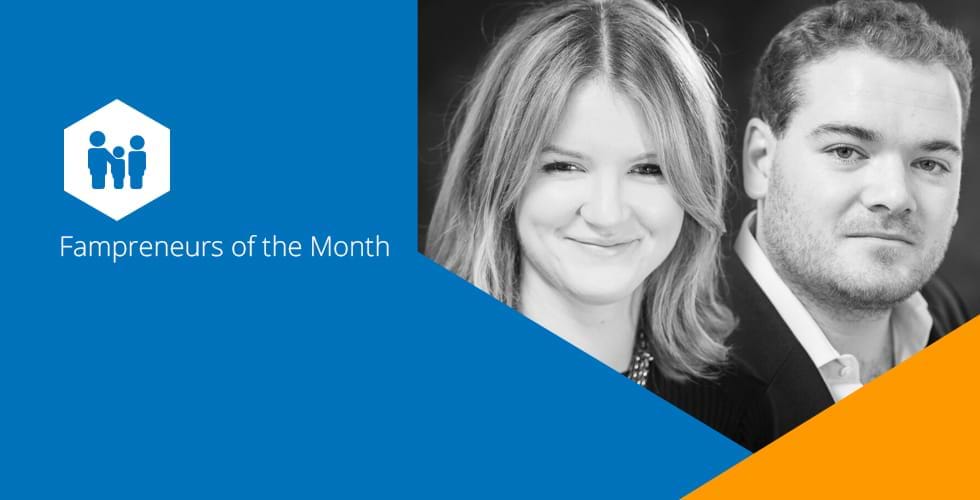 Back in 2011, brothers James and Tom Malcolm Green and James’ partner, now wife, Alice all had successful independent careers. James was a Production and Operations Manager for a contemporary design gallery, Tom worked in the not for profit sector helping develop grassroots education in the remotest parts of Ghana and Alice worked for an interior design firm as well as running her own stall in London’s highly regarded Portobello Road.

Among the many items Alice sold on her stall was a small selection of homemade candles. Over three years of sales, the demand for the candles kept growing to the point where the other items on sale became borderline irrelevant.

“We reached the point where demand exceeded our capacity to supply as a husband and wife team with independent careers,” Alice explains, “so we started to explore the feasibility of a design-led home fragrance brand for home and commercial markets.”

The idea coincided with Tom’s return from West Africa along with a desire to move in a new direction with his own career. So, the three fampreneurs capitalised on Tom’s availability, Alice’s established connections in the world of interior design and James’ branding and operational know how to get the platform started.

In the early stages, there was a basic division of tasks: James focussed on the branding, product design and overall identity of Wick & Tallow and Alice developed the fragrances and generated new business for the bespoke side of the business while Tom handled the day-to-day running of the company, special projects and operations.

Like most start-ups, the fampreneurs were determined to get every aspect of their offering right and found that the early stages were not without obstacles and delays.

“It took a lot longer for us to bring our initial products to market than we had hoped.” James explains “We devoted two years to research and development. For all of us it was important to get each element right before we could launch.” The business was launched officially in November, 2013.

Much like the market stall that inspired it, Wick and Tallow enjoyed a natural growth in demand from an eager and growing marketplace, and with Alice driving the new business pipeline this was magnified.

“When we started to attract some major blue-chip companies as bespoke clients we knew we had got our formula right,” she says “our attention to detail and high service standards defined us in our marketplace. Our clients consider us their peers, not just another supplier. For us that’s hugely important.”

The great thing about building a business with family was the way it comfortably spilled over into daily life. The fampreneurs never really switched off from what was bubbling away in the background, many of their great ideas were stumbled upon during walks through the park and weekend brunches. “The tendency to not be able to detach completely from what is happening with the business is I think something all founders have.” Tom explains.

Throughout 2016 the team focussed on growing the bespoke side of the business which produces candles, reed diffusers and other home fragrance products for corporate clients and private individuals. Growth in this area has been impressive so far. And in November of 2016, Tom moved on to a new independent project, leaving Alice and James at the helm.

“2017 will see us continue to develop this side of the business along with a keener focus on our own products and retail.” Alice says, “We’re excited because in 2017 we will also launch our reed diffusers in New York in the hotly-anticipated new Wolf & Badger store, plus we have some exciting meetings lined up with some of London's most influential department stores, so our fingers are tightly crossed.”

The business puts its success down to taking the time to thoroughly develop its offering in the early stages and its capacity to make decisions quickly since it has been up and running. “Now, as a husband and wife team, we can make decisions far quicker than regular business partners because we already have an intrinsic idea of what our other half is thinking.” James says, “We have a huge amount of respect for each other both personally and professionally which means we have absolute confidence and faith in each other. I don’t think that degree of trust exists in non-family run businesses, which is why I would recommend the fampreneur option to anyone considering it.”