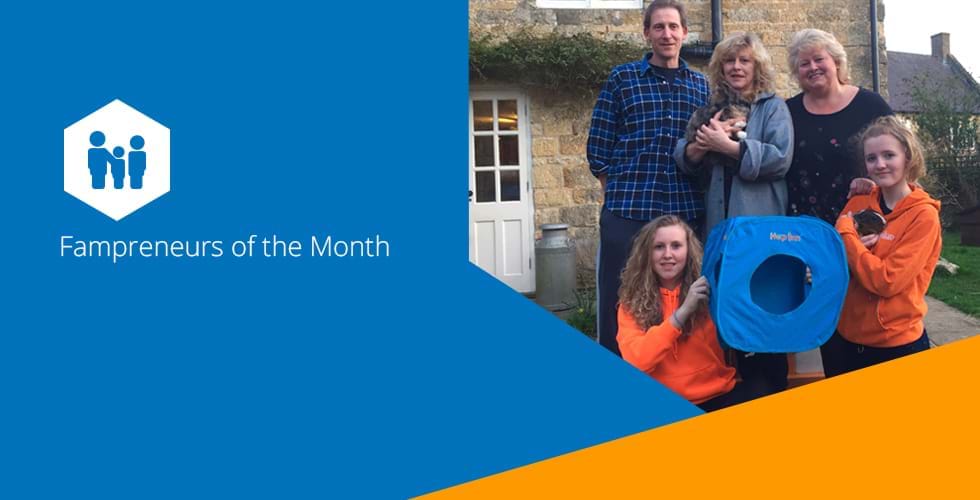 The Hoppiest Place On Earth

Lisa Newton’s love of animals was established when she was very young, having grown up in a household with lots of pets. When she became a Mum she was able to indulge her passion which she passed on to her own children, Thea & Tay.

Before having children Lisa worked long hours in London but things changed in 1999 when the family bought an Old Georgian farmhouse in Melton Mowbray, Leicestershire. On a casual basis they began looking after the pets of friends and acquaintances while they were on holiday.

Around the same time Lisa stumbled across a program featuring a lady who had the equivalent of a boarding kennels for rabbits and guinea pigs.

“From my perspective it was awful, although in the context of the programme it was being portrayed as novel and good. The animals were stacked and racked like battery hens. It was upsetting. I immediately knew I could do something better.”

So, Lisa set about researching businesses with the same offering and found there was only one other 40 minutes away. She and husband Stuart agreed they’d build a business from scratch – a holiday retreat for rabbits and guinea pigs. They bought second hand chicken coops and runs, decided on a beach theme (despite being miles from the coast, the animals were unlikely to know), and chose the name ‘The Hop Inn’.

Luckily, a guinea pig and rabbit veterinarian operated locally, which was a real boon to their business offering. This would help translate in to trust from customers, who were relying on the Newton’s to care for their much loved pets

Lisa upcycled the coops and they were soon ready for business. Advertising was easy, alongside the established word of mouth Lisa advertised at local vet practises and pet shops. The couple also found the ‘Find Pet Boarding’ website so advertised there and bookings soon came in. The Hop Inn is now regularly fully-booked every holiday season.

In addition to the immediate family other relatives of Lisa’s pitched in; her brother David, manages the website and builds their Hop Inn Hideouts while her sister Isobel who lives in Jersey manages the bookkeeping along with husband Stuart.

As the business got better established The Newtons added more accommodation, up-dated their website, and branched out in to designing their own range of Hop Inn branded pet cubes, tunnels and hideouts. This has since grown into a substantial side line selling not only to rabbit and guinea pig owners, but also to households with cats and small dogs.

Marketing continued to develop too with the family attending Pet Shows and undertaking PR.

As lucrative as the business became Lisa did not want to rest on her laurels, but the Newton’s current home and garden physically restricted growth. So they looked locally and found a seven-acre field just five minutes from their home. All the family clubbed together to buy the field and they now have plans in to construct the UK’s first purpose-built rabbit and guinea pig holiday hotel.

“It’s the perfect location” Stuart explains, “There are no access issues and no houses nearby that so we won’t be impacting on anyone else. As well as building the Hotel we’re going to grow meadow hay too, which is great for local wildlife and will make perfect food for guests and retail too.”

The new hotel will be big enough for 22 rabbits and 20 guinea pigs at any one time, all with spacious hutches, outdoor runs. All pets will be inside the Hotel at night. If it reaches the same performance levels as the current hotel it will, coupled with the other revenue sources, continue to provide a comfortable lifestyle for the Newtons.

“My passion is my driver, not my purse,” Lisa says, “I’m just incredibly lucky to share my love of animals with my family and to have found a way in which we can indulge it, earn money from it, and spend some real quality time together. The only downside is that we haven’t managed a family holiday for five years so once the new hotel is built we will be recruiting staff to cope with the extra workload and allow us a break too.”

The Hop Inn’s new hotel is scheduled to open at the end of the year.

Lisa and Stuart left us with a parting piece of advice, “do what you love, with those you love!”, and we agree.