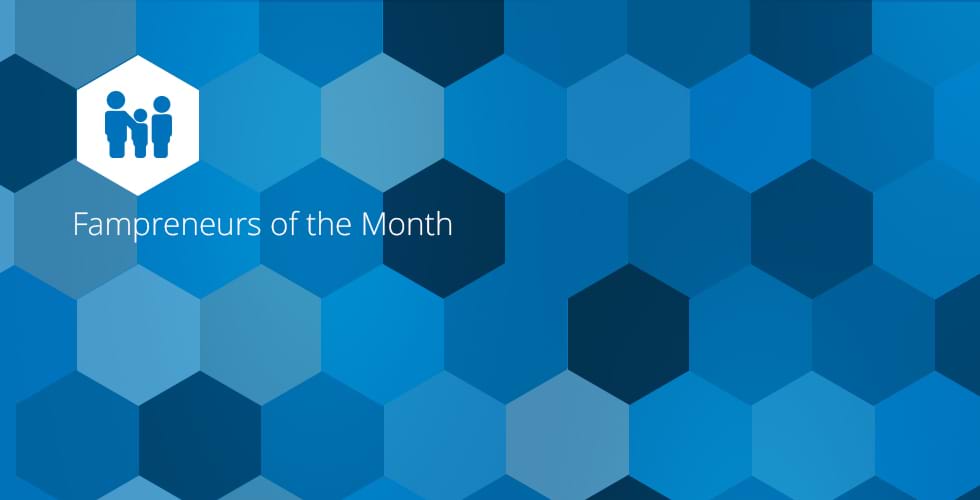 The Fampreneurs who moved from finance and education to France

After 35 years of working to a rigid regime, Chris and Peter decided to take a fun look at life and dive into sports and hospitality.

This month’s fampreneurs, Christiane Strudwick and Peter Hockenhull, seemed destined to work elsewhere in the world. Linguist Christiane was Head of Languages at a top UK independent girls’ school, while her partner Peter was a Business and IT Project and Programme Manager for major banks in the UK and France.

After many years carving their independent careers, Christiane and Peter were growing tired of the confines and politics of the financial and education sectors and were keen to work in an environment where they were the bosses and had less doctrine in their working days.

“As you can imagine our respective sectors were subject to very rigid rules, which of course is entirely appropriate. But after I’d worked 35 years in IT and Christiane had also devoted the same to education, we were keen to find an income that afforded us more freedom, gave us a new challenge and enabled us to realise our dream of working together,” Peter says.

So Chris and Peter began their search for a business to fit the bill and found a group accommodation centre in Chris’ native France on BusinessesForSale.com. Ideally situated in Le Quiou, North Brittany, the couple found Centre Le Page, a self-contained business with its own bar, restaurant, games and entertainment space and decided to make the leap.

“It was exciting to be returning to France and to be able to buy a business in an area close to so many places of interest – the medieval town of Dinan, the city of St Malo, both within in a popular cycling area of Brittany with its network of greenways (voies vertes) were all part of the attraction” Chris explains “Plus the scale of the business, which sleeps 47, makes it ideal for group bookings such as school trips combining linguistic and leisure activities, something I had first-hand knowledge from the other side of and felt confident I could develop as a revenue stream from day one.

Both of us having sports playing and coaching backgrounds has made it easier for us to attract sports teams of all ages including rugby, football, tennis, cycling, hiking and roller sports amongst others.

So, in May 2013, the couple took the leap of faith and left their secure careers and became fampreneurs in France.

From the outset Chris and Peter were equal partners, with very different responsibilities within the business. Chris handled all the complex French business and legal contacts while Peter took responsibility for marketing and British customer relations.

Together they shared the more day to day elements of running the business including general administration, catering, housekeeping, shopping for supplies and arranging a growing number of add-on activities for customers including Mont St Michel, oyster farming, Breton boules, sand yachting and beach rugby.

Setting up the business wasn’t all plain sailing though, “The bureaucracy here in France is far more involved than back home,” Peter explains, “For example the time spent and costs of setting up a French Limited Company (SARL) is way more than the equivalent process in the UK. “

Year one – a challenge appears

The first year the business met all targets and Peter and Chris were confident success would continue, but in the second year a financial challenge arose when the fire detection and alarm system had to be replaced. Undeterred, the couple upped the ante, marketing more aggressively to schools, youth groups, sports clubs and families both in France and the UK and by the third year this had paid off. On top of which bookings and deposits already received for 2017 are already on target to exceed every previous year so far.

But it’s not just the business that has grown: additional responsibilities have arisen that have increased the combined skillset of the pair. “I’ve gone from arms-length project management of IT to the hands-on practical maintenance of the building.” Peter says. “And I’ve gone from vocabulary and verbs to all manner of tasks ranging from kitchen hygiene and safety to bookkeeping and plumbing” Christiane adds. They have also forged good relations with local newspapers and sports clubs.

Together the pair agree that the degree of motivation and the sense of satisfaction taking on these new roles in a business of their own is as good and exciting as when they were back in the UK in their previous careers and even more varied.

The work / home split is important

But, as is typical with the hospitality sector, the working week is a considerable departure from the norm. In the early stages Chris and Peter found it challenging to build boundaries between work and their own recreation time. Gradually the couple have ensured they block off time together so they can enjoy their rich environment as much as their many guests.

“It’s not always easy as we often cater for our residents as well as organising activities which tends to take up our evenings, but we build as much time together into our working week as we can,” says Chris. “We have also become regular fans of the local rink hockey team which has been national champions in recent years. Dinan Rugby is also a firm favourite as they should achieve a promotion this season.”

Looking to the future the couple are confident of continued success, “We are always looking in the papers and networking for new marketing opportunities. Our latest offerings like musical events, are proving popular and this month we started a 'curry club'” Peter says. “It’s fun experimenting with new ideas plus the more we can offer, the more people we’ll appeal to. So far everything we’ve developed has worked.”