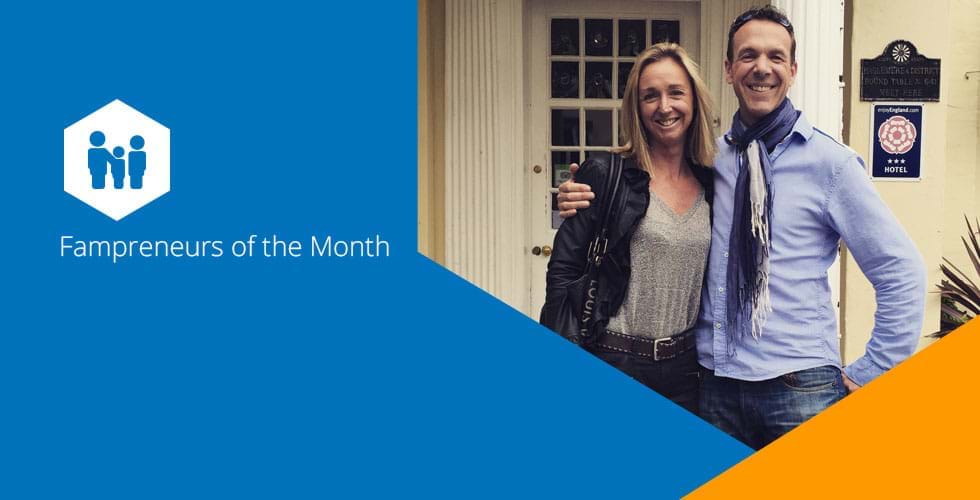 From Sunny Sydney to Rural Surrey

The fampreneurs who've made The Georgian House Hotel their Home

Sarah and Mark McVeigh had a life many would envy; three lovely daughters, two successful careers and one wonderful home city - Sydney, Australia. But the desire for a joint project and more quality time together brought them to the UK and a beautiful Boutique hotel in need of some TLC. They're just at the beginning of their journey as fampreneurs and are August's Fampreneurs of the Month.

The Georgian House Hotel is a landmark on Haslemere High Street; a picture postcard market town in Surrey. Sarah and Mark first found the property on BusinessesForSale.com and immediately saw its appeal and potential. The small matter of being based in Sydney didn't deter them. Mark, a Brit by birth, commandeered his parents to do a reccie and report back.

"We had a great life in Australia," Mark says "Sarah was a Project Director for a large Australian finance company as well as being a councillor having served for a time as Deputy Mayor of North Sydney while I was running a successful Project Management and Design Company in the construction sector. Our girls were all incredibly happy and fully enjoying the outdoors life Australia is famous for. But as fulfilled as we all were our commitments were quite separate and we really craved a project we could take on as a family."

Just as viewing the property had its challenges so did sealing the deal. "Once we'd made the commitment to buy the finer details presented a number of hurdles, but we cleared every one. Each day it seemed there was a potential deal-breaker but our patience and persistence paid off and we took up ownership in May." Sarah explains.

With an 18-month administration period just behind it, during which the business continued to trade, its incumbent staff understandably lost a degree of motivation while the interior of the building suffered from a lack of care. "These are the two key issues we're addressing right now," Sarah says, "The staff are all excellent and we're keen to retain them and re-build their mojo! Outside we've put up a sign saying "Under New Ownership" to let everyone inside and outside of the business know our excellent staff are here to stay. As for the fixtures and fittings, Mark's construction background means he can handle the full range of design and build tasks and with three girls we have plenty of suggestions for interior design."

At ages eight, ten and 12 you'd think the input from their daughters would be somewhat limited but each is involved in the business in their own way. Suggestions have included running baby swimming lessons during the week in the hotel's pool and Sarah is exploring delivering and promoting courses to get them up and running soon.

And there are lots more plans for the business including weddings, events, play equipment in the garden to attract more local families, coffees and cakes to sustain the Sunday morning cyclists who frequently ride through the town... in short something for everyone.

"It's early days but we've absolutely established the fact that we're fully open for business. To that end there are no defined roles for Mark and me as we explore every possibility as it presents itself. We've plans for every aspect of the business and right now the focus in on establishing a distinct identity for the restaurant to appeal the gastronomes of Surrey, in a couple of months there will be a big re-launch to put it firmly on the map."

With their energy and flair Sarah and Mark are bound to revive their business and already agree the big move and the challenging negotiations were worth it for all the family.

"We had to tempt the girls a little by trading surfing in the sea for skiing in Europe and now we're here we're all as active and busy as we ever were," Sarah says, "the difference is we have one big shared interest. I've promised the girls they can get a dog - who they're planning on calling George - and when he's here our fampreneur family will be complete!"