Our view on... the Autumn Statement 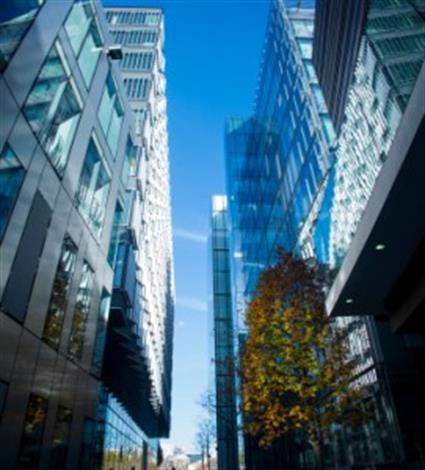 Minutes after George Osborne made his annual Autumn Statement, the internet exploded with business owners and commentators alike praising and denouncing the Government's economic plans.

This was a less a general statement, more a thorough budgetary examination of the UK economy and a way to squeeze the poorest and richest taxpayers. With Government spending (as share of GDP) likely to fall from 48% in 2009-10 to 39.5% in five years time, times are most certainly tough.

Already the Ernst & Young Item Club say that the Chancellor’s programme of £5bn in capital spending over the next two years, is not enough - stating that closer to £14bn is the least amount needed to raise economic growth by a paltry 0.5% of GDP a year.

We always believe that the opinion of those running small businesses is important when large-scale economic changes are put into play. After all, SMEs constitute nearly three quarters of private sector business and are responsible for more than 50% of new jobs created in the UK.

Your vote matters. We took the temperature of a portion of the small business expert community to see where they will feel the changes the most. Here's what they had to say:

“[Spending] £5 billion on near-term infrastructure, half a billion a year tax relief for small firms, and £1.5 billion extra export support should boost investment and create jobs. The Government now has everything to prove by delivering. Businesses need to see the Chancellor’s words translated into building sites on the ground. The Chancellor has stuck to his guns on deficit reduction - avoiding deeper cuts or more borrowing in order to retain international credibility.”

"The news about the cancellation of the fuel duty rise will be a welcome relief to many, as will the small rise in pensions next year. Whilst the reduction in corporation tax is good news for business, it is a shame that the Chancellor did not also take the opportunity to support burgeoning entrepreneurs by extending the childcare voucher scheme to the self-employed, which would have been a simple initiative to support future growth in the economy."

“We work with businesses and start-ups who have an idea for a new product and need our help making it a commercial success. What we often see is that investment can prove a key part of this process. There are investors out there, so we need to create a healthier economy and to make this country a strong prospect for those outside of the UK. From this aspect, moves to cut corporation tax are a step in the right direction.We are also pleased to see a focus on training for young people, who are so important for the future of the economy and our industry.”

“Reducing the main rate of corporation tax has to be a good thing for business, but the Government needs to ensure it closes the loopholes. No surprise that the growth forecasts have been slashed. We're still recovering from a traumatic credit crunch. {providing more] measures that will encourage people to get back to work...is also a positive step. So let's accelerate this. Our system needs to encourage people to work. As well as reducing the burden on our government finances, it's good for people. Research shows work is an important part of personal well-being and life happiness.”

"SMEs need more support and I think that the Chancellors Autumn Statement announcement has proved that the government is prepared to do just that. SMEs are the engine that drives the economy, so the business tax cuts, extra funding for the new business bank, no 3p fuel duty increase, and more funding for the Regional Growth Fund are a good call and very welcomed. I even go as far as saying we couldn't have asked for much more. Fuel is a contentious issue for many businesses that rely on vehicles. Cancelling the rise will help better plan our fuel costs."

“The UK has many small and medium-sized companies which have the potential to become world-class enterprises, and many firms are expanding, investing and creating jobs. However, very much more needs to be done to support our wealth creators of tomorrow in their efforts to build enterprises fit to compete and succeed in a global marketplace.”

The consensus is that the business tax relief will be a good starting point for the new generation of small businesses trying to thrive during the age of austerity. No new fuel duty rise is also good news for the many entrepreneurs offering their services and products around the country.

However, this investment in both people and SMEs is still not going far enough to stimulate small business entrepreneurship. What else should the Chancellor be doing for small business?