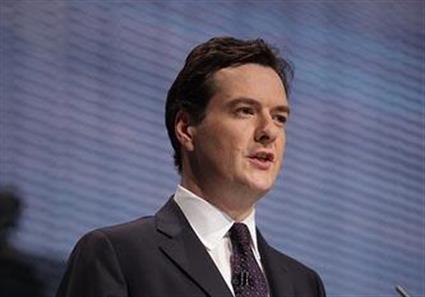 Enhanced capital allowances for enterprise zones announced alongside cuts to corporation tax and the top rate of income tax have been broadly welcomed by the business community.

Committed to his deficit reduction plans, George Osborne had little room for manoeuvre in today's Budget, but the Chancellor still managed to deliver a few business-friendly measures. The headlines were dominated by a corporation tax cut to 24% and a top-rate income tax fall from 50p to 45p in the pound.

No changes to capital gains tax were mooted in the run-up to the budget, and Osborne revealed no suprises in that regard. Previous changes to the tax, which determines how much investors have to pay the Exchequer from any gains in the capital value of their assets, have prompted some entrepreneurs selling their business to either rush through, or delay, deals depending on the nature of the changes.

Shaun Sweeney, MD and founder of Turner Butler, a a business valuation specialist and intermediary between business buyers and sellers, disagrees with Ed Milliband's withering observation that Osborne has delivered a "Millionaire's budget".

"The small-business rate has remained at 20% and for larger businesses rate has fallen to 24%," he says. "So the quickest way to make a million is through buying and growing a business, thereby avoiding national insurance on your earnings. Then, once you've grown it, you can sell the business and pay just 10% in capital gains."

Praise from the business community was far from unanimous, however. While businesses setting up in new Scottish Enterprise Zones in Dundee, Irving and Nigg, as well as Deeside in Wales, will enjoy improved capital allowances, Adam Stronach, director of accountants Harwood Hutton, was dismayed that capital allowances on investment were being allowed to fall.

With the small-business rate remaining at 20% and the larger business rate cut to 24%, the quickest and easiest way to become a millionaire is to buy a business

"Whilst the cut in corporation tax to 24% is welcome, what the Chancellor has given with one hand is balanced on the other by the fact that capital allowances on investment are set to fall as he had previously announced."

The penny reduction in corporation tax, originally planned for 2013, will be implemented with immediate effect. The coalition has already cut corporation tax from 28% to 26% since coming into power in May 2010, with another 1p fall originally scheduled for next month.

"The biggest sustained reduction in business tax rates for a generation," the Chancellor told Parliament earlier today. "A headline rate that is not just lower than our competitors, but dramatically lower. Eighteen percent lower than the US. Sixteen percent lower than Japan. Twelve percent below France and 8% below Germany. An advertisement for investment and jobs in Britain."

Criticism of the top-rate income tax cut, which was broadly welcomed by business leaders, has largely been made on the grounds of fairness. However, Tony Bernstein, senior tax partner at HW Fisher & Company, poses a more practical objection.

"While the reduction in the top rate of tax will be welcomed by many top earners, the justification by the Chancellor just doesn't stack up," he argues. "It's highly likely that more money would have been brought in through the 50% income tax rate if it had been left to run.

"Comparing the two years either side of the rate change doesn't tell the whole story. Just as taxpayers accelerated income ahead of the new rate, they will now be deferring income until after April 2013."

Jeremy Cape, partner at SNR Denton UK LLP, suggests that the manner of the announcement suggests the now-reduced top rate, which was introduced as a temporary measure in the dying days of the Labour government, could now become a fixture of the tax code: "The Chancellor did not say that the 45% income rate was temporary, or that he aspired to remove the rate altogether. It may be that the 45% rate is here to stay."

Cape also notes that battle lines has been drawn with wealthy individuals and businesses that are 'creative' in their accounting methods.  "The Chancellor did not see a distinction between tax evasion and aggressive tax avoidance, calling both 'repugnant' "  he says.  " He is pushing ahead with the general anti-avoidance rule and has made it clear that retrospective legislation may become more common."

Given the fiscally neutral nature of the budget - any giveaways would have to be offset by cost-cutting measures elsewhere - it was inevitable that some moves would prove unpopular.

The planned 3p rise in fuel duty will go ahead despite pleas from motoring organisations and road hauliers to abandon the increase in light of soaring oil prices. And from April 2013, the carbon dioxide emissions threshold for the main rate of capital allowances for business cars will be reduced from 160g per km to 130g per km.

However, road hauliers will enjoy a freeze in vehicle excise duty. The gambling sector can count itself among the losers, meanwhile, with the introduction of a machine games duty.

On the day that Game entered administration, video game designers are celebrating the introduction of a tax relief targeted at their sector. The relief will also apply to animation and high-end television production.

The Chancellor also announced an increase in company car tax rates to encourage businesses to use more fuel-efficient vehicles.

Meanwhile, medium-sized businesses are set to benefit from £1bn of new funding. Osborne said the Business Finance Partnership, a mixture of public and private sector investment, will help the "mid-cap businesses that are the backbone of our economy". With 24 institutional funds answering the scheme's call for help, the Chancellor said the response had exceeded expectations.

Pre-empting inevitable accusations that the budget is a charter for boosting the incomes of the wealthy, more crackdowns on tax avoidance were also promised and a cap imposed on tax allowances for top earners.

The Chancellor also confirmed that the threshold at which people start paying tax will increase to more than £9,000, leaving millions of working people more than £200 better off.

A consultation on simplifying the tax system for small firms with a turnover of up to £77,000 has also been launched. Meanwhile, Osbourne said the government is considering enterprise loans for young people contemplating starting a business.

And the Chancellor confirmed the widely reported relaxation of Sunday trading laws on eight Sundays during Olympics and Paralympics.