The Importance of Positive People 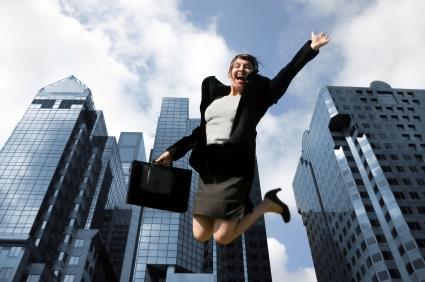 The key to success in business (and in life) is to surround yourself with positive people and root out the negatives.

People are like buttons on an elevator. Some will take you up and others will take you down. Look around you. Do your friends champion you? Or do they take comfort when you fail? Do they really want you to succeed? Or is that their worst nightmare?

When you're building your business - big or small - you'd be amazed at the negativity you will encounter. And I am not referring to your competitors - they'll probably have respect for you. No, the biggest resentment will come from within.

Unless all members of the business are aligned to the cause and unless all staff members feel that the success of the business is also tied to their own personal success, you run the risk of carrying negative attitudes that could end up damaging the aims of the company.

We live in a cynical world where it's much easier to trash an ambition rather than back one. As a business owner, CEO, football coach, movie producer, team captain, restaurant manager or head teacher you ask people to follow you.

Sure, you're paying them to follow you, but you're also asking them to intellectually and emotionally back the aims of the organisation. It's a big ask... but the best companies, football teams, film sets and schools have groups of people that make an intellectual and emotional commitment. That's when something special happens. It's rare. However, it's what all leaders, in all fields, should be aiming for.

Some people are unable to intellectually and emotionally commit to anything - let alone your sandwich shop or your engineering company. You must avoid these people at all costs. It's not that these people are bad or immoral, they're just not right for you and what you want to do. Their place is elsewhere; they are destined to commit themselves to another company, idea or even profession. Don't take it personally. See it positively.

A person who does not want to intellectually and emotionally commit to the aims of the organisation is like an energy vampire - they will suck the life out of the other team members. Sure, there will always be disagreements in business - and personally, I love disagreement and passion and different views. I love it when people feel so strong about something that they will argue passionately about it. It means this person cares - that's a great thing to have.

This has nothing to do with talent or whether people are likeable or even how hard they work. Some of the most talented and likeable people can also be the most negative and destructive. Often, they don't even see it. They are not even aware they are doing it.

You can spot these people very easily, they are the people who are often overheard saying... "Yes, but..." to almost everthing that is suggested. For example:

Bob: I've got a great idea for a new product.
Nob: Yes, but... it ain't going to get heard in this place.
Bob: Well, I could always try and speak to my manager. What do you think?
Nob: Yes, but... he'll probably take your idea and claim it as his own.
Bob: Okay, well forget the new product, why don't we offer a free trial on the existing product?
Nob: Yes, but... your paying customers are going get really mad - it's more trouble than it's worth.

After a while, it becomes impossible to do anything with a "Yes, but..." person. It always leads towards a dead end. This negative attitude can spread through a team like a bad cold. It only takes one "Yes, but..." person to put an end to creativity, imagination, risk, adventure, hope and passion.

By the way, these people are not to be confused with the wise sage who likes to wear a black hat. Every company needs a wise sage. These people like to run with ideas and test them against worst case scenarios - in order to make the ideas stronger and more resilient. In other words, they add value to the original idea. They make the original idea stronger because they can spot where the weakness is and they have a solution for that weakness. Importantly, they are committed to the idea and wish it to succeed.

So what should you do with a "Yes, but..." person? The answer is simple. You must move them out as quickly as possible. Make no apologies about doing it. They will bring you down. They will take you down. Remember, they just may not be right for you and your aims and are better suited elsewhere.

See your role as redirecting these people to a better life. It's the best thing you will ever do for your business, theatre company, school, football team - in fact, it's one of the great life skills you will learn.

It's tough sometimes because you will have to do this with people you like. It gets really tough when you do this with your friends - but that's another story.